The Best Care for your Best Friend

Temperament, Color, Coat and so much much more…We carefully plan every litter, choosing healthy beautiful adults who will pass along desired results in their offspring. All of our poms get lots and lots of exercise with plenty of room to run and play, and the best in veterinarian care.
Puppies are secure, happy, and confident around people. All puppies are started on wee pads, to make it easier for you to potty train them. They are vet checked before they leave with you. All pups are current on all vaccinations & worming.
The pups are born and raised in my home with 24/7 care and evaluated by me and my veterinarian when they turn 9 weeks old. When you have one of our puppies, you have a piece of our hearts! We are not only proud of our pups but of our customers as well! It is a top priority to find a loving and safe home for each of our precious babies – we love to keep in touch and cherish the updated photos we receive.

DO YOU HAVE ANY QUESTIONS FOR US?

How is a Pomeranian personality?

Regardless of their specific breed, Spitz are great companions. They are affectionate, sociable and get along well with children and other animals, most of them are friendly to strangers. Spitz like to accompany their owner anywhere, they take great pleasure in walking and participating in games with other dogs. By their nature, Spitz are inquisitive and emotional. Pointless barking must be dealt with firmly from puppyhood. Spitz are very clever and easily trained, they are unsurpassed crowd-pleasers. Their smiling, attractive faces and funny tricks will please anyone.

How much is the size and the wight of a Pomeranian?

Spitz are divided into several types depending on their size. The most common are the Pomeranians and the Toy Spitz. The Pomeranian Spitz is also sometimes called the Miniature or Dwarf Spitz or the PomPom Dog. All these names are synonymous with the same breed. The Pomeranian is the smallest variety of Spitz. Height varies from 18 to 22.5 cm. Weight can be from 1.7 kg to 3.5 kg, depending on the strength of the core and the condition of the dog. The Toy Spitz is also called the Keeshond or the German Spitz.

How long Pomeranians live on average?

The Pomeranian dogs will live between 12 and 16 years, though some will live even longer.

How often do I need to bath my Pomeranian?

Poms should be given a bath every 3 weeks; if body oils are washed away much more often than this, the body can have a hard time keeping up with replenishing those oils which can lead to chronic dry skin issues. So, it’s vital to make each bath count.

Could a puppy being delivered to me or should I pick her up myself?

We highly recommend you to come and visit us and see the puppies and parents and then decide and buy a puppy. However if it is totally impossible for you, we can also deliver the puppy to you.
We recommend you not to buy a puppy from someone who doesn’t give you the opportunity to visit the puppy and parents. There are many more internet puppy scams around than there ever used to be. It’s partly due to the internet and how people can manipulate information to get what they want, namely the money in your pocket.The dogs are real but aren’t the property of the puppy scammers. Photos are stolen from top breeders websites.Often the photos are photoshopped to make the puppy look very small, extra cute and appealing.

What is the difference between Boo and a Pomeranian?

The Spitz Boo – this is not the name of a breed, it’s the name of a famous type of haircut for Pomeranians which is created with clippers. (We strongly advise against giving your Spitz this kind of haircut as the coat will not grow back properly after being clipped).

What is the best age to adopt a Pomeranian puppy?

How often do I need to brush my Pomeranian?

The Spitz’s coat is not difficult to care for, but, nevertheless, it does require attention. Pomeranian puppies must be groomed with a massage brush at least 3 times a week. An adult Pomeranian needs to be groomed 1-2 times a week (depending on the structure of the coat.) 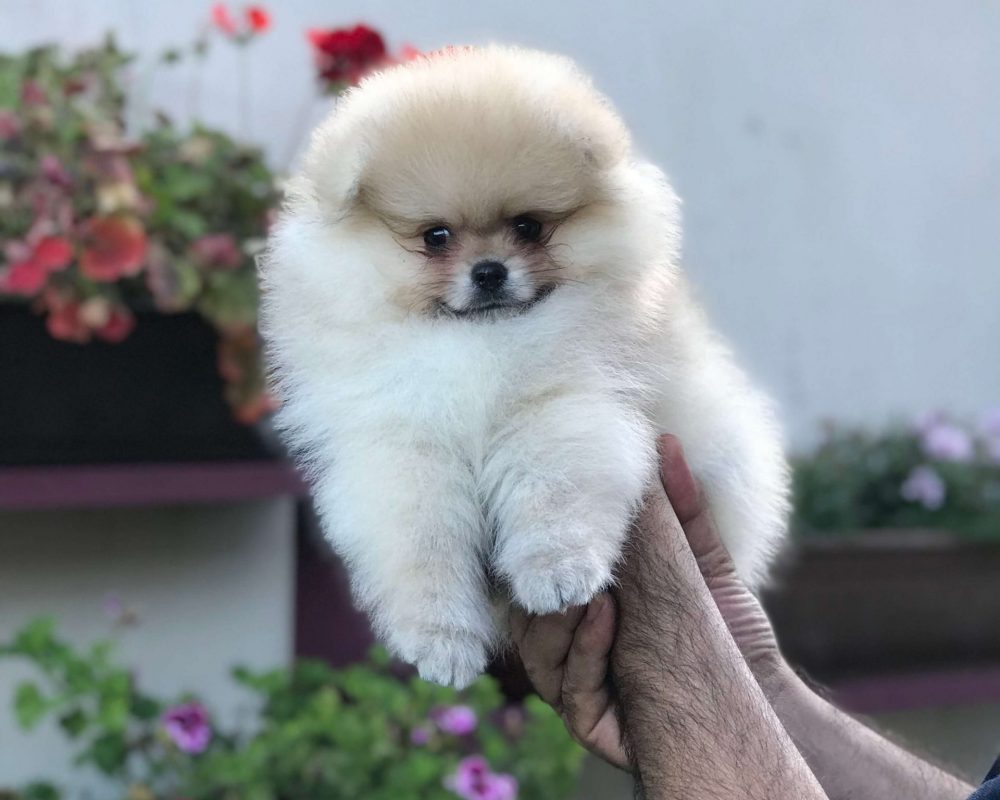 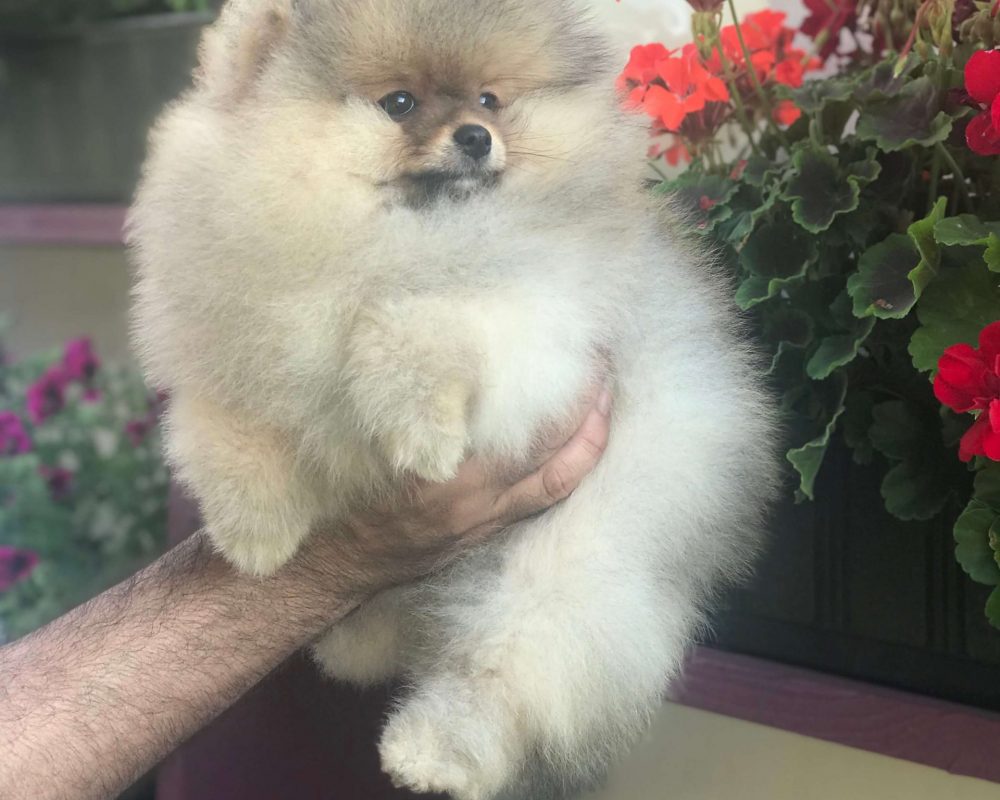 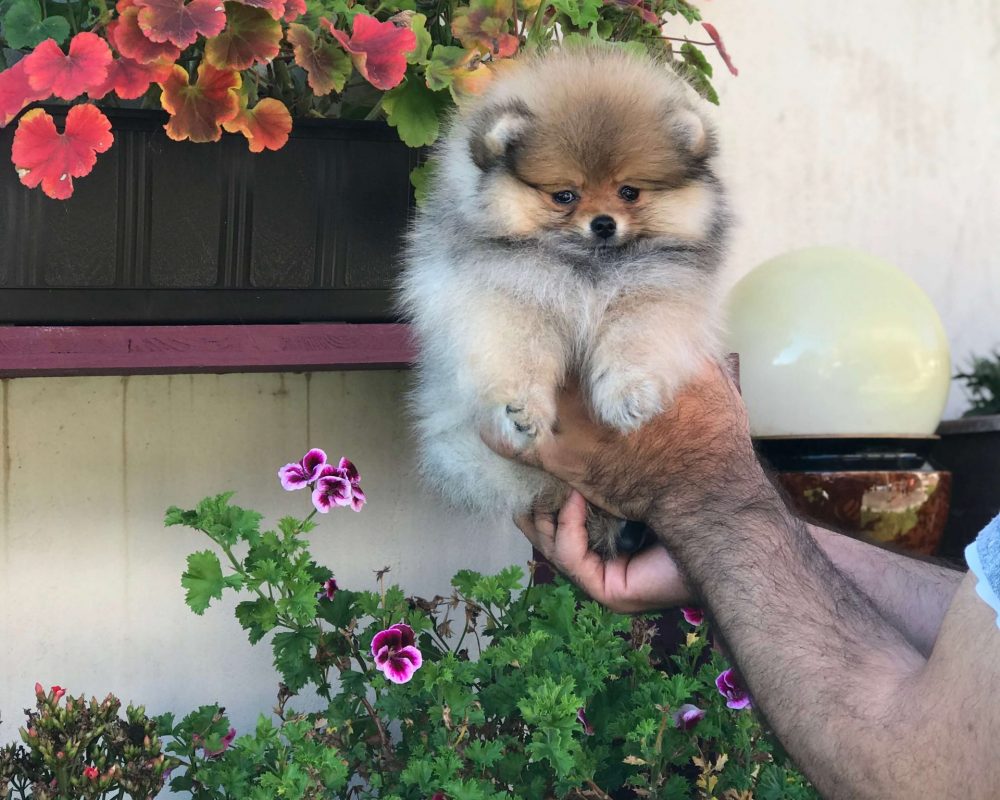 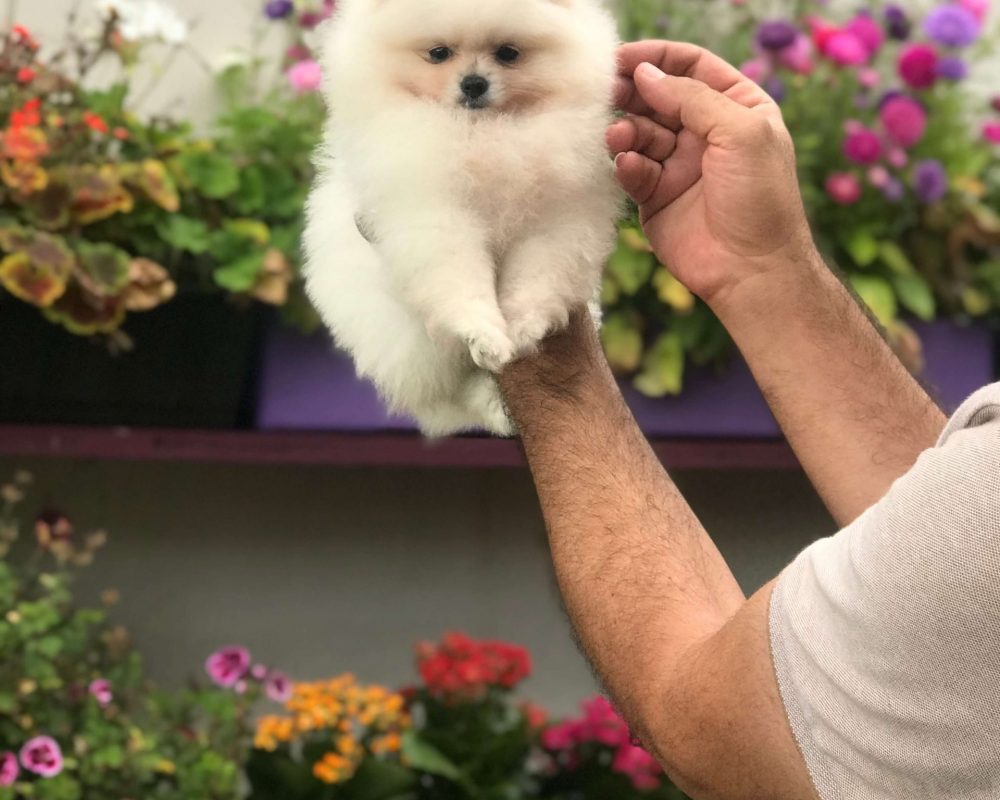 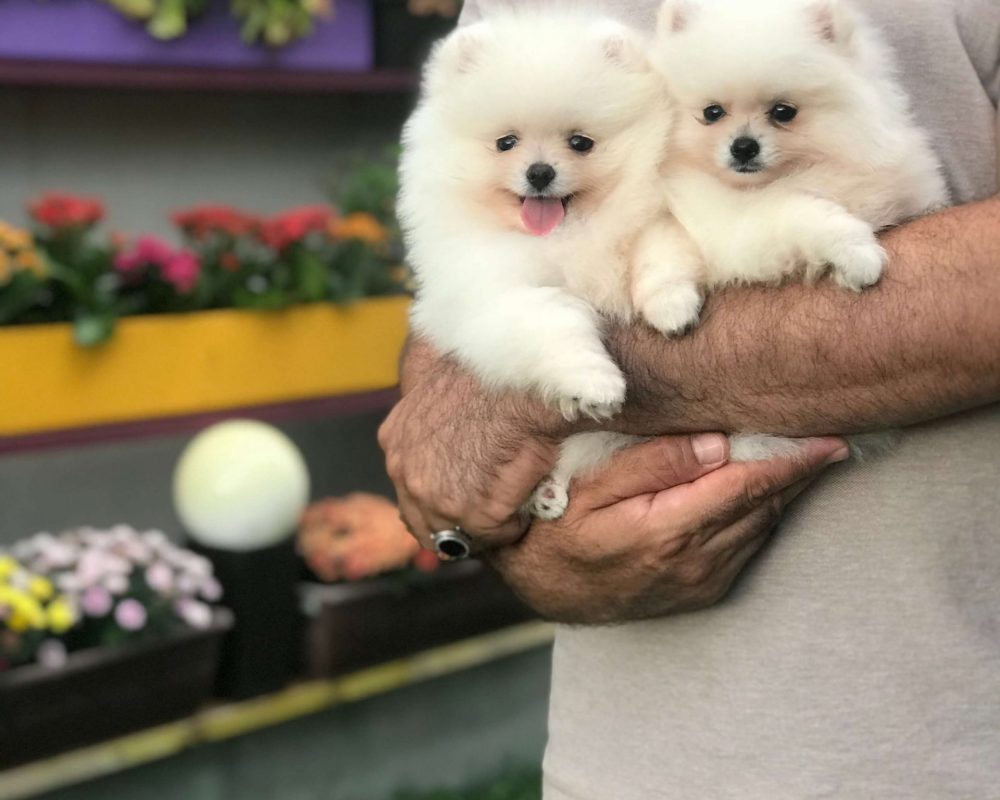 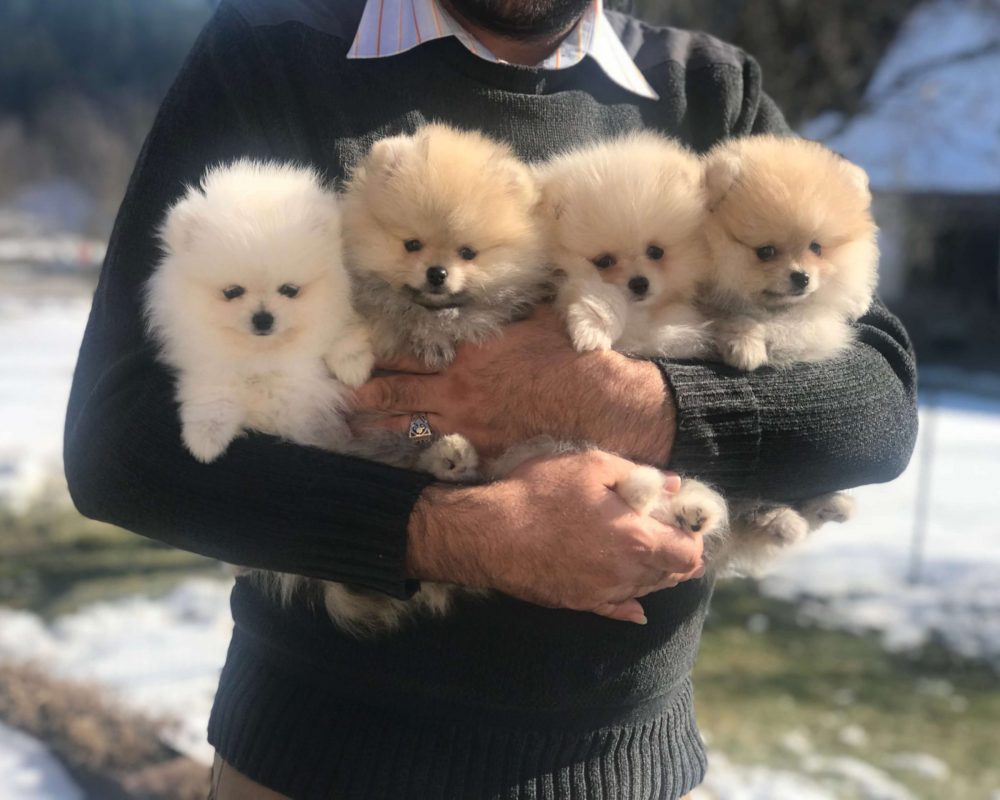 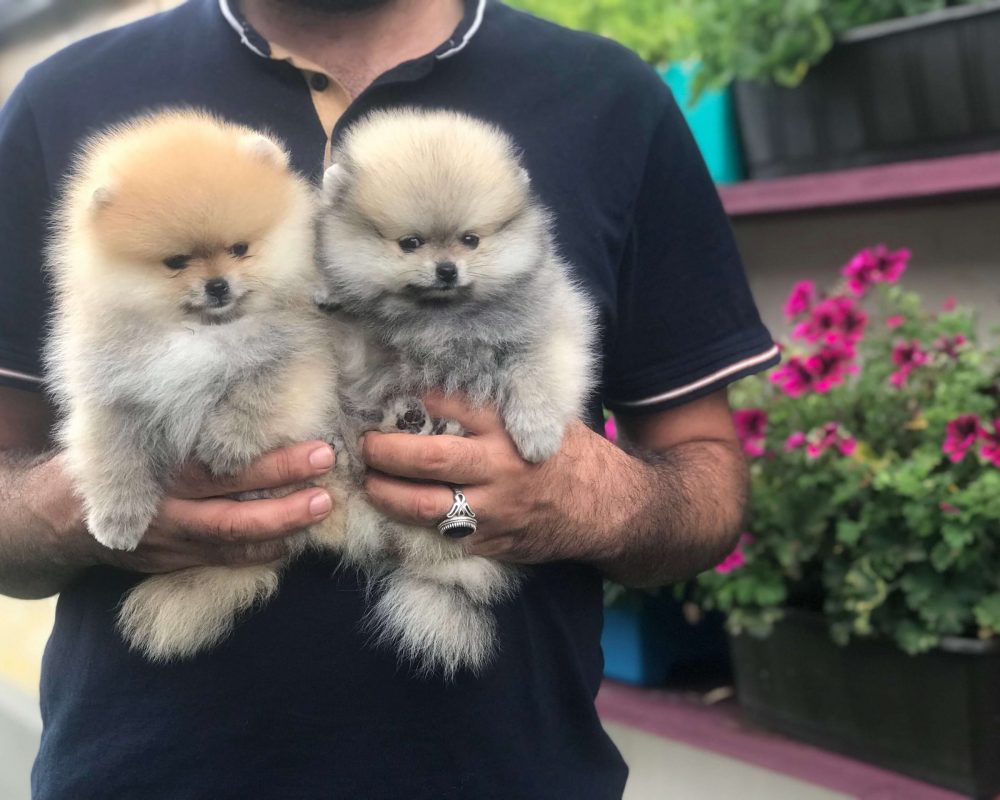 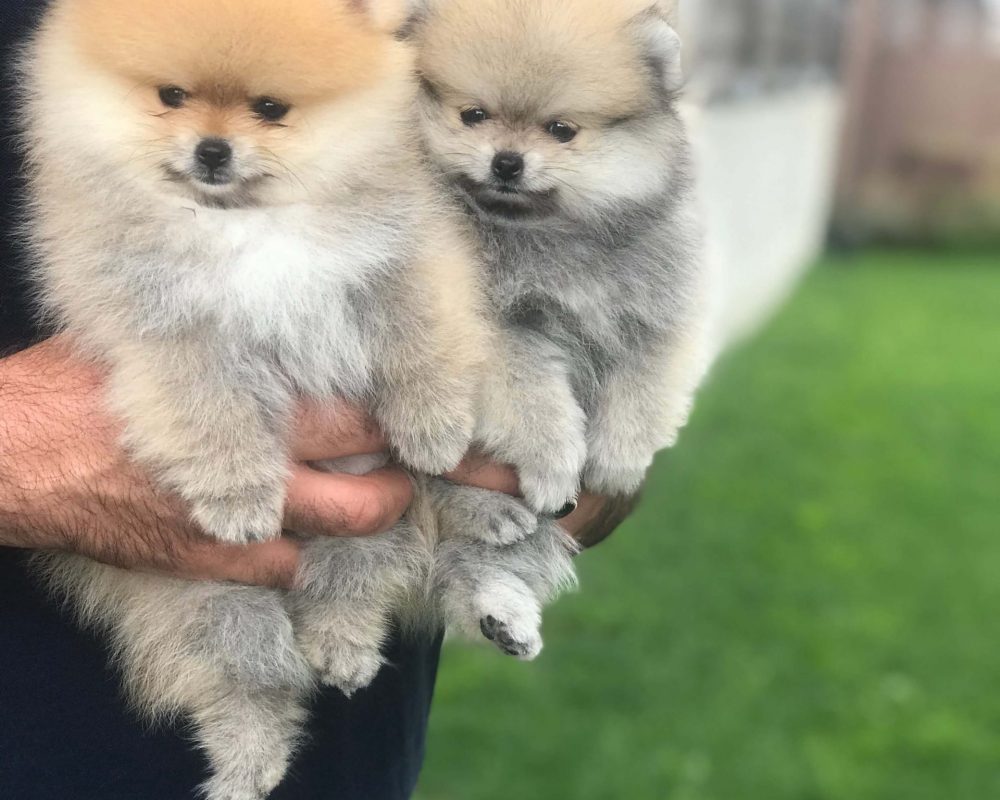 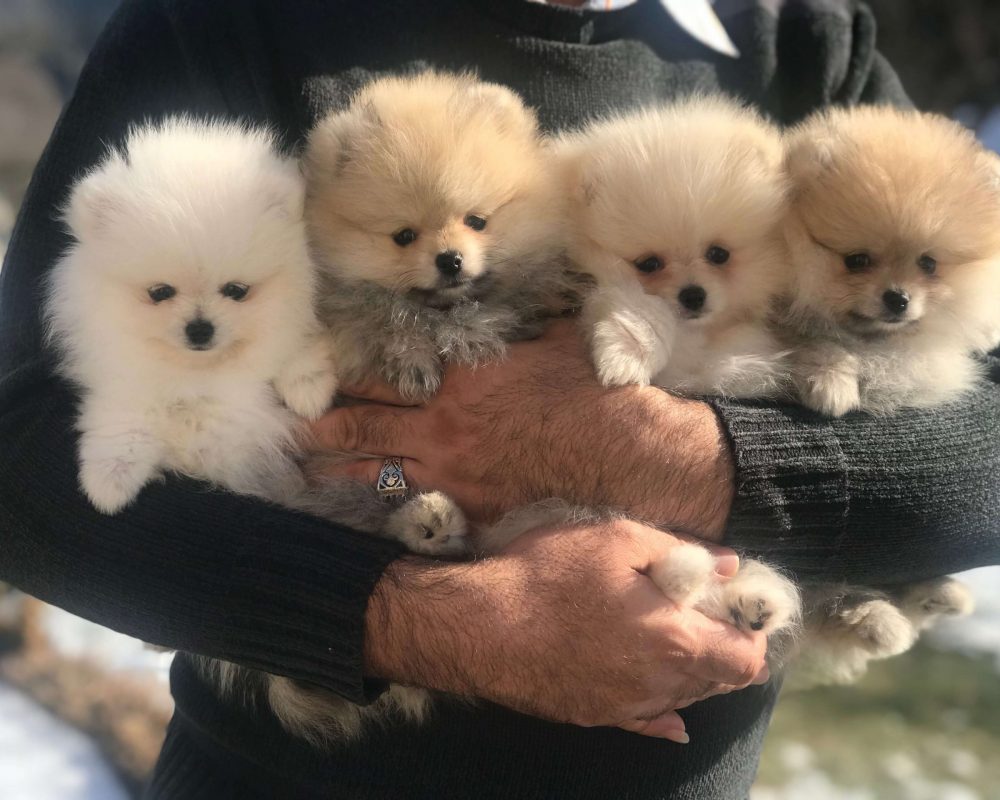 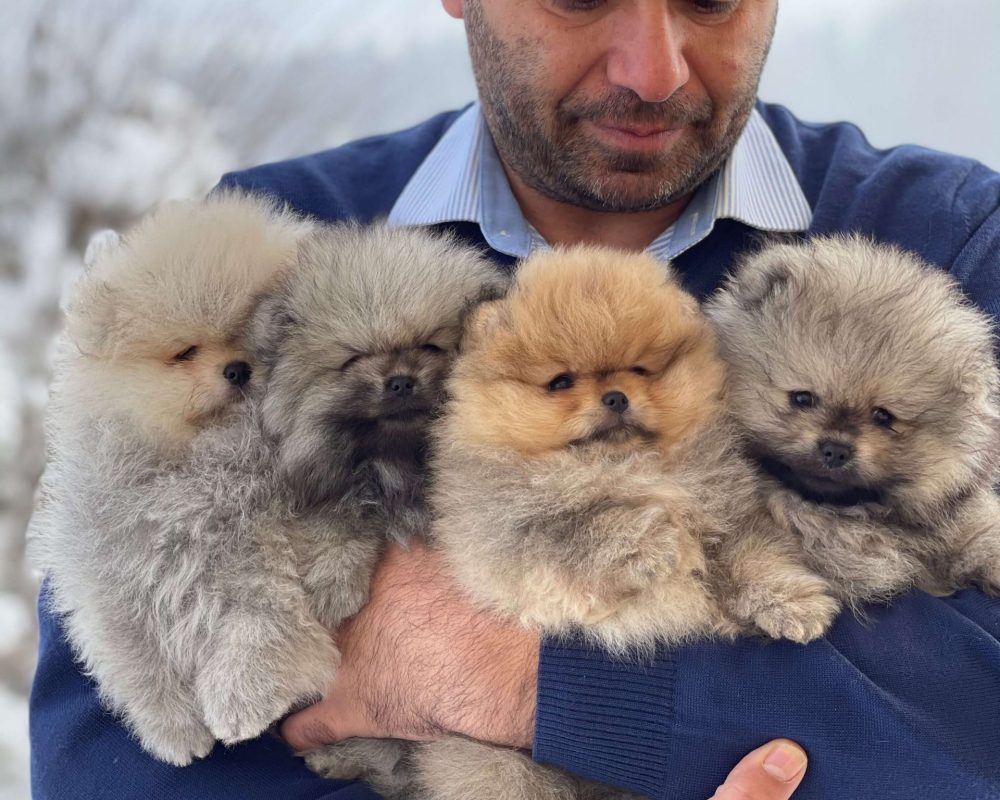 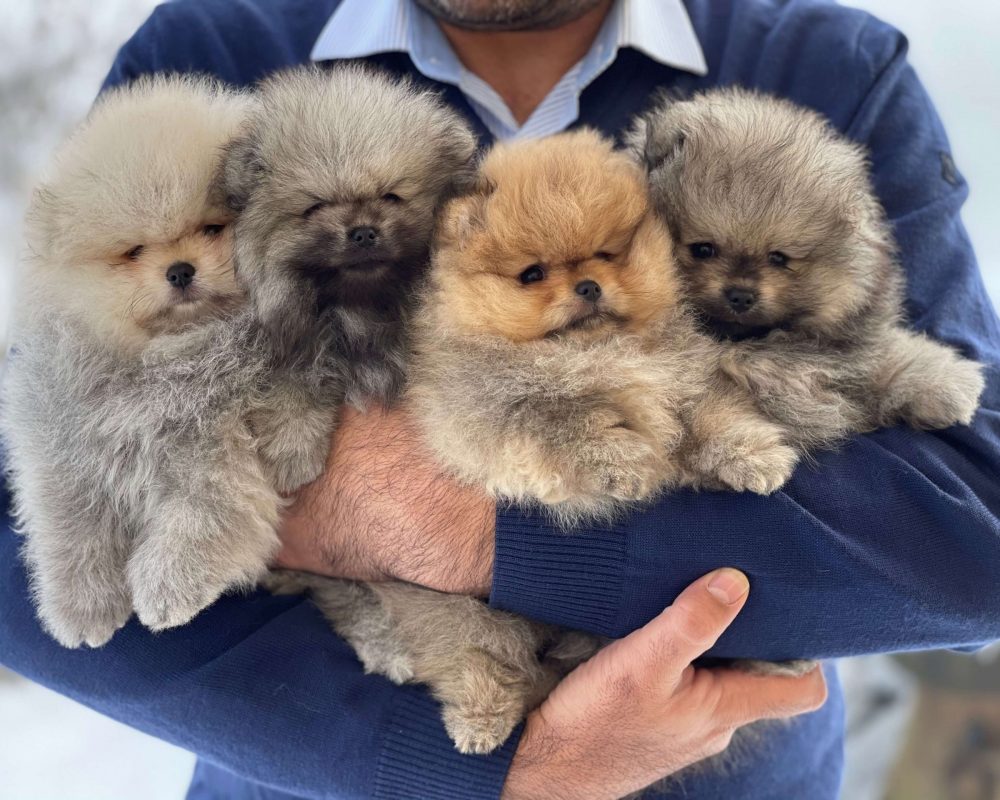 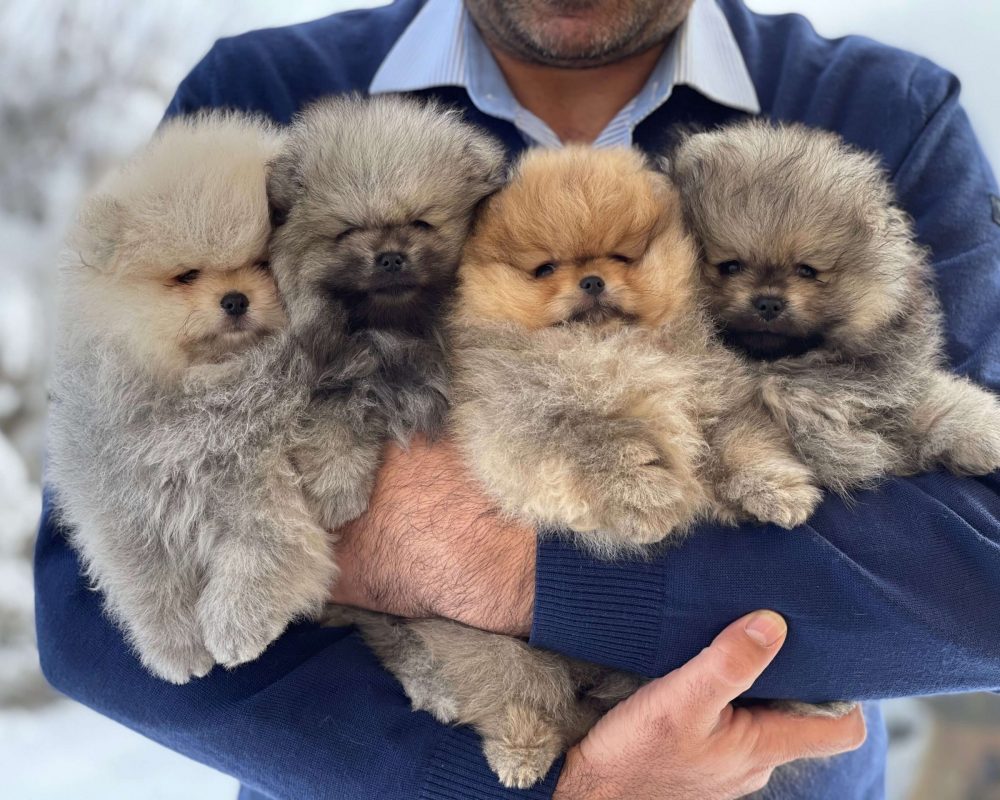 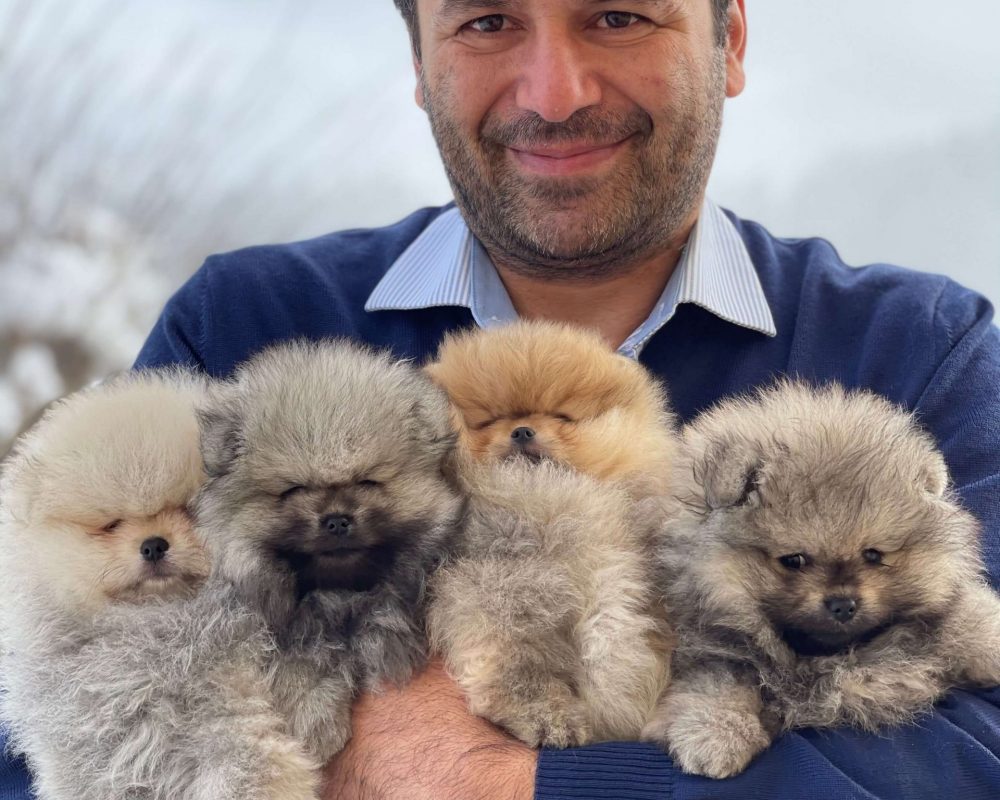 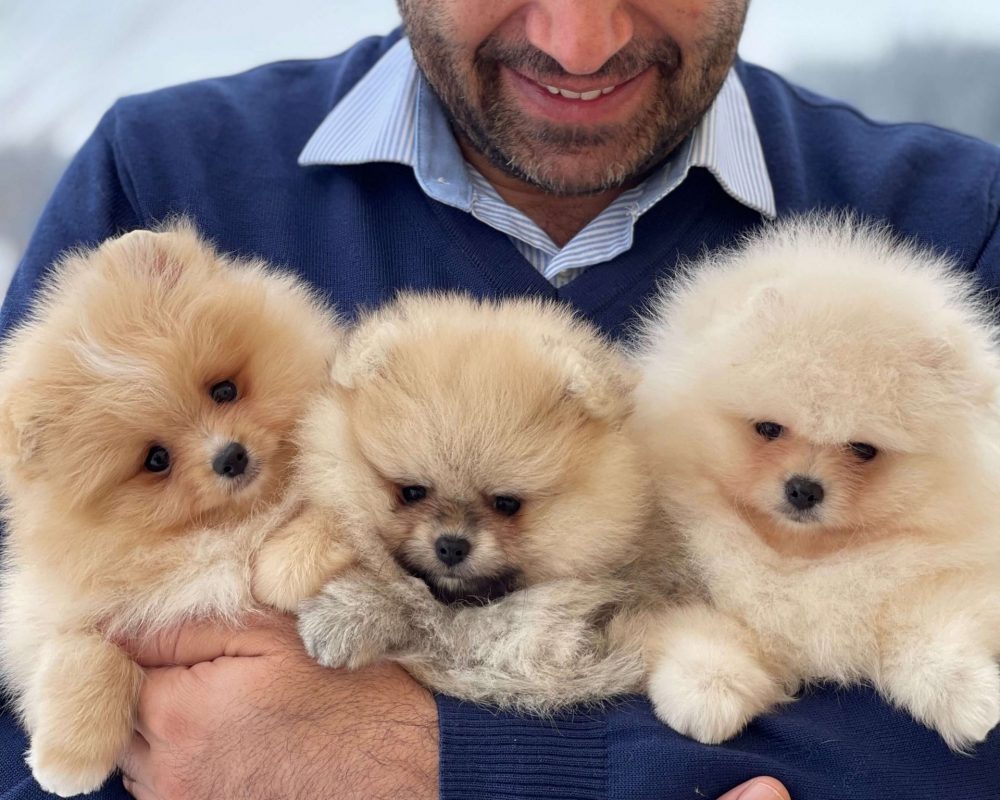 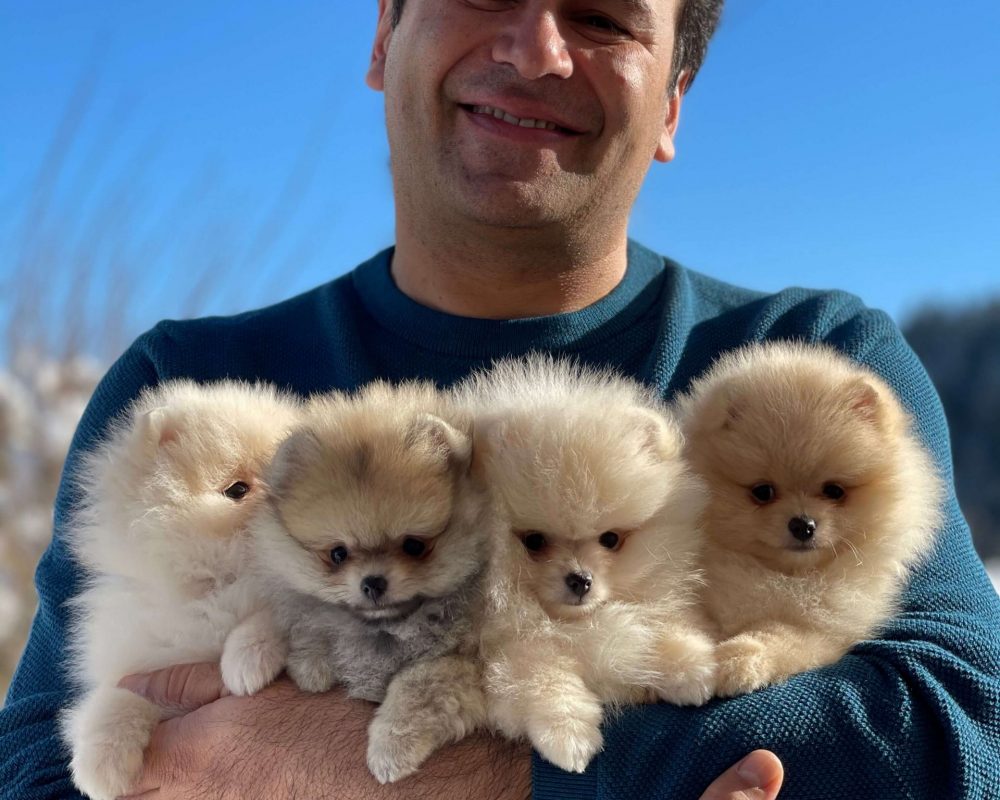 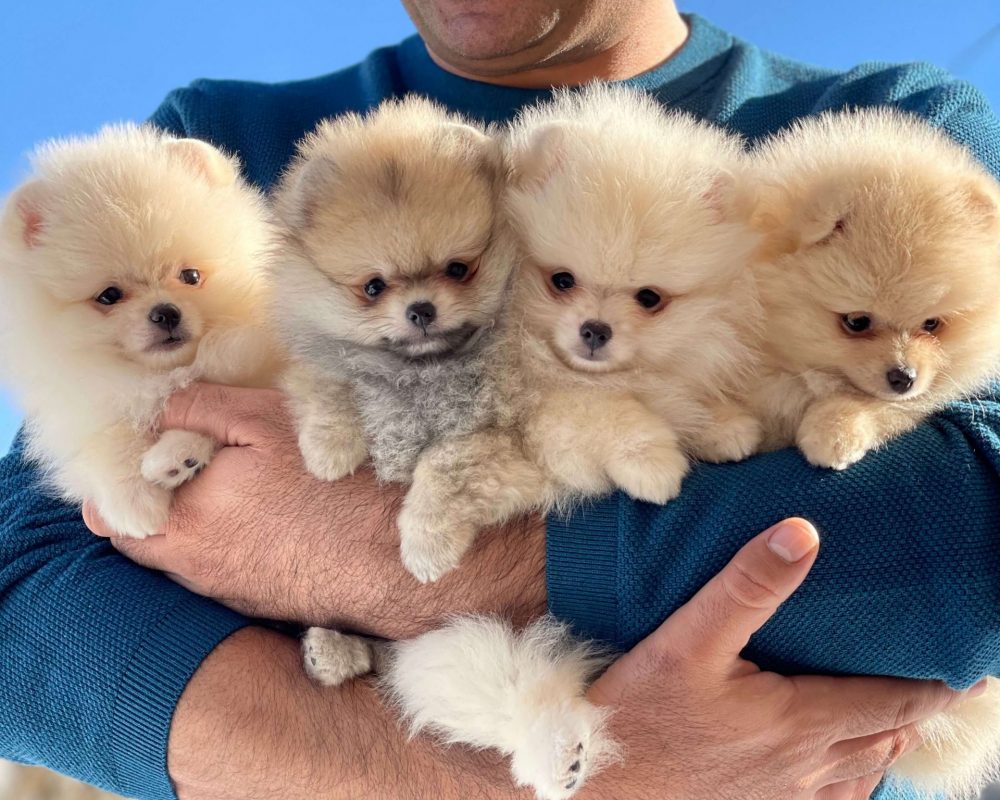 HELLO and Welcome to , luxepom

The Best Care for your Best Friend.All of our poms get lots and lots of exercise with plenty of room to run and play, and the best in veterinarian care. When you have one of our puppies, you have a piece of our hearts!